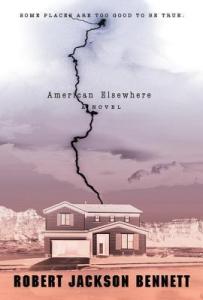 Finished May 2015
Recommended for fans of mysterious, time-forgotten towns and searches for identity

Lovely language and enjoyable storytelling, but suffers from a mild case of W.o.K.S. (Way of Kings Syndrome).  I happen to have a fondness for New Mexico and enjoyed the general premise, so I found the book quite enjoyable, no matter the winding process of arriving there.

It begins with Mona, an ex-cop, in probate court as the officer goes through disposition of her father’s possessions. Surprisingly, there is a deed to a house in Wink, New Mexico that belonged to her mother. She’s shocked, as her mother killed herself some years ago, and her history in Wink has never been mentioned. Currently jobless, she decides to check it out before selling. She makes her way through the mountains and discovers a small road leading to a secluded valley.

When she arrives at the small community of Wink in the mountains of New Mexico, she discovers the Stepford-like citizens are hiding deep secrets. After her arrival awkwardly interrupts a funeral, she manages to find an odd, run-down motel near the edge of town.

“There is something strangely perfect about this part of town. It is like she’s walking through old photographs or home movies, images layered with longing and nostalgia. Even if they are hollow or overgrown with ivy on the inside.”

The house is both familiar and foreign, leaving her with a sense of déjà vu:

“She can see light spots on the wooden floor where furniture stood for years on end. The same faint patches appear in spots on the wall where pictures once hung. It’s like she’s in a room of reverse shadows.”

Did I mention I’m a sucker for New Mexico? Bennett weaves in otherworldly beings in the quiet wild spaces that initially reminded me of Native American myths. 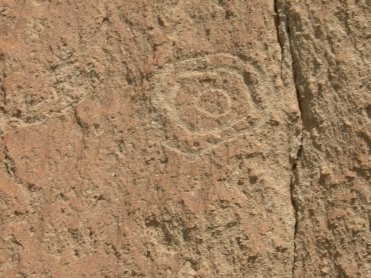 However, Bennett goes beyond mythology by bringing in the Coburn Laboratory and otherworldly beings. The words “Lovecraftian,” and “horror” are tossed about in reviews, but I found myself pleased that it felt like neither of those genres to me. While I thought Bennett did a nice job creating his own atmosphere and mythology, and weaving it with a semi-modern setting, I’d say that stylistically it most reminds me of deLint. And I mean that in the best possible way: Lovecraft comes with a great deal of social baggage and, for me, overly-elaborate language, while horror often comes with an emphasis on the macabre. All that said, while I felt satisfied at the finish, I realized there were some parts that could have benefited from trimming (further thoughts below spoiler).

Bennett’s writing is enjoyable, descriptively perfect for a story dependent on atmosphere, but firmly avoiding purple prose. Characters are interesting, developed, although not quite as full as I would expect, given the 600 plus pages of the edition I read. Many reviewers will mention how well Bennett writes Mona, particularly for a man. Her history as a police officer felt mostly tacked on. Personally, I felt she was a little one-dimensional; I eventually welcomed the other perspectives, however digressive, because it gave me a break from her obsessing about her mother and her childhood.

At any rate, despite the time I took me, I enjoyed reading it a great deal. I waited to pick it up until I could devote larger chunks of time, losing myself in the atmosphere and enjoying the ride. Recommended, particularly if you like the slow build of the weird.

“It’s easy, Mona thinks, to understand why so many prophets found gods while wandering out in the desert. Because there cannot be any place on earth as strange and empty as a desert. Merely passing through it warps your thoughts: your perceptions of how the world works are broken down with each empty mile until civilization feels like a dream.” 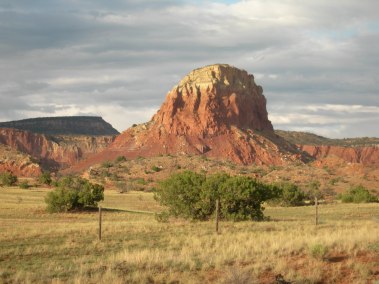 I would have trimmed most of the non-Mona perspectives. Particularly with the men who worked at the roadhouse, but others as well. The perspective that was most worthwhile was the head of the roadhouse and when the situation started to deteriorate among the residents.

avid reader and Goodreads reviewer looking for a home.
View all posts by thebookgator →
This entry was posted in Book reviews, genre-bender and tagged fantasy, four star, literary fiction, myth. Bookmark the permalink.