The Things They Carried by Tim O’Brien, read by Bryan Cranston

This is quite the book, and Cranston is quite the reader. Well suited with gravely voice, solemn tones, perfect diction and flow that draws me in. I’m left with a few thoughts:

Part One, carrying a burden

The first chapter, ‘The Things They Carried’ was one of the longer chapters, at 47 minutes. As read by Cranston, it is a moving and primitive ballad, the grown-up version of a repetitive narrative structure (think ‘The Old Woman Who Swallowed a Fly,’ or more likely Gilgamesh or one of those tales) that builds a rhythm leading to a powerful end. It was one of the most moving things I’ve heard in a long time, a kind of spoken word poetry, a sermon from an endless hike, culminating in a too-familiar longing to fly.

“Because you could die so quickly, each man also carried at least one large compress  bandage, usually in the helmet band for easy access.

“For the most part they carried themselves with poise, a kind of dignity. Now and then, however, there were times of panic, when they squealed or wanted to squeal but couldn’t, when they twitched and made moaning sounds and covered their heads and said Dear Jesus and flopped around on the earth and fired their weapons blindly…

“At night, on guard, staring into the dark, they were carried away by jumbo jets. They felt the rush of takeoff. Gone! they yelled. And then velocity–wings and engines–a smiling stewardess–but it was more than a plane, it was a real bird, a big sleek silver bird with feathers and talons and high screeching. They were flying. The weights fell off; there was nothing to bear. They laughed and held on tight, feeling the cold slap of wind and altiude, soaring, thinking It’s over, I’m gone!–they were naked, they were light and free–it was all lightness, bright and fast and buoyant, light as light…”

Tim O’Brien is fooling himself.  There’s no judgement attached to that statement; I’m not calling it good or bad or anything else. But if he thinks that he’s left the war behind and that he’s not one of ‘those’ vets with post-traumatic stress disorder, he is absolutely wrong.

O’Brien takes time in many of his tales to talk about the value of tales, about the veracity of the stories he is telling, about how he might make something up so that it feels true to the reader. This is where I disagree with him both as a reader and as a writer. In ‘How to Tell a True War Story,’ he eventually expounds on this idea, but first he has some powerful thoughts about war stories in general.

“If at the end of a war story you feel uplifted, or if you feel that some small bit of rectitude has been salvaged from the larger waste, then you have been made victim of a very old and terrible lie. There is no rectitude whatsoever. There is no virtue. As a first rule of thumb, therefore, you can tell a true war story by its absolute and uncompromising allegiance to obscenity and evil.”

This feels sadly, honestly true; there is very little that is redeemable in war, in large scale violence, in the purposeful and anonymous killing of people to make a political or moral point, and any sort of stories that try to find it are like putting a Snoopy band-aid on a gunshot wound. 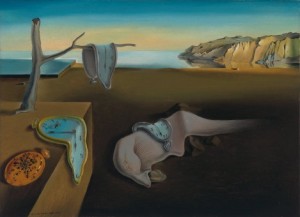 I adored his acknowledgement of the memory of moments, which made me think of nothing so much as Dali’s Persistence of Memory, and relativism.

“In any war story, but especially a true one, it’s difficult to separate what happened from what seemed to happen. What seems to happen becomes its own happening and has to be told that way. The angles of vision are skewed. When a booby trap explodes, you close your eyes and duck and float outside yourself. When a guy dies, like Curt Lemon, you look away and then look back for a moment and then look away again. The pictures get jumbled; you tend to miss a lot. And then afterward, when you go to tell about it, there is always that surreal seemingness, which makes the story seem untrue, but which in fact represents the hard and exact truth as it seemed.”

That is a perfect description of the non-linearity of memory, recalling that accident scene in the middle of the night in Deerfield so long ago: the kid in the cornfield, the white and red and blue flashing lights, the circle of light around us and the strange elongated shadows outside our perimeter as I knelt by the kid’s head and held his spine straight. I remember it as a cubist painting and not a sequence of events.

All of that said, I believe that I disagree with him, that “story-truth is truer sometimes than happening-truth.” I think a story can be absolutely true, and that with adequate craft, the writer will lead the reader to the conclusion, the sentiment–the moral, as Mitchell Sanders would claim. I believe that the occurrence itself is significant enough, and that with well-chosen words, the reader will be able to feel it, to understand the meaning of the event. But I could be wrong, and we’re both deluding ourselves that the authors has control of the story.

Particularly in a book about war, in which the purposeful and routine killing of people takes place, I believe the horror of it is a cultural burden we should all own, and that fabricating an incident in hopes of eliciting a response takes away from the responsibility we share. It hides the emotional weight under the softening fluff of ‘this may or may not be true.’

All of that said, the collection itself is a mix. It’s more about the experience of war than the actual war. It reminded me of when I was in high school and a plethora of Vietnam movies came out, including Platoon and the more lighthearted take, Good Morning Vietnam, and I suddenly found myself wanting to understand my dad’s experience there.

I’ve heard that this is a book that some kids now read in high school. I don’t know that this is a collection that can help someone unfamiliar with the Vietnam war understand; the darkness of the jungle, the tunnels, the antipathy of the public, the absence of soldiers’ conviction in a ‘good’ war, the absolute isolation and the adolescent technology, all in contrast to the more modern ‘conflicts’ that soldiers have participated in since 2001.

2 Responses to The Things They Carried by Tim O’Brien, read by Bryan Cranston