Spares by Michael Marshall Smith. Not spare. Quite full, actually.

Posted on September 30, 2018 by thebookgator

I mean, the lead is an ex-cop/ex-soldier. It’s pretty standard detective; just replace the bottle of Scotch with a foil-wrapped pouch of Rapt. Usually.

“Then on an afterthought I reached behind me and took down a bottle of Jack Daniels. Actually, it wasn’t an afterthought. It had been a first thought and an in-between thought. I’d been trying to make it an ex-thought, but something inside me gave up.”

The damsel-in-distress is actually six-and-a-half clones escaped from a body Farm, but they’re as innocent and beautiful as the day is long. And the corrupt, dirty big city is a former two-hundred story flying MegaMall that landed in New Richmond, Virginia, and instead of districts or boroughs, we have floors–above 100 is the most rarified air. But the mob scene is pretty standard, as is the drug trade and the street whores, so who knows? Maybe its just like Sam Spade. Practically the same thing. 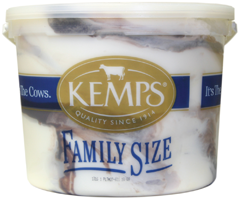 Except I just never know where Marshall Smith is going to take his stories, and that’s a thing of beauty. As a side note, though Marshall Smith often seems to fall into ‘sci-fi,’ he’s about as sci-fi as Philip K. Dick. He’s more interested in dreaming up concepts for plotting and social commentary, not for actual future-civilization possibility. I admit, I myself stuttered at the clone farm, but you know, it is a bit like a drug trip. You just surrender control and see where the conductor takes you.

The lead, Jack Randall, is a deeply troubled character, a classic Failed Knight. He’s a complex character, often stumbling when you wish he would rise, and often making the choices that keep him running in place. He shows an awareness of his flaws. Some readers may not find him a likable character. But I found him deeply human, albeit a damaged one, with a sense of humor that appealed. I laughed as he questioned a hipster artist.

“Socializing,” I said. “Who did she hang out with?”
“Her friends, of course,” Golson said, clearly baffled. I checked my mental question gun, and found I only had about two patience bullets left. After that, it was going to be live ammunition.
“Okay. You, who the fuck else?” I asked.
“Well, Mandy and Val and Zaz and Ness and Del and Jo and Kate.”
My last patience bullet. “Remember any guys’ names?”

It gets a little strange when the situation requires going into the Gap, a surreal place and the site of the conflict/war that so damaged Randall when he was younger. I felt strongly the echoes of Platoon here, and all the ‘realistic’ Vietnam movies of the 1980s (the book was written in 1996). I won’t say anything more, but that reading requires a tolerance for getting weird. Think Annihilation, with more plot and better self-analysis.

“I believe The Gap is made up of all of the places where no one is, of all the sights no one sees. It comes from silence, and lack, and the deleted and unread; it is the gap between what you want and what you have, between love and affection, between hope and truth. It’s the place where crooked cues come from, and it’s the answer to a question: Does a tree exist when there’s no one there to perceive it?”

This was his second published novel, and you can see the genesis of some of the ideas he likes to play with. A talking refrigerator and the abilities of cats both make an appearance, albeit peripheral. Optioned by Dreamworks, this seems to be languishing in development, which is probably fine. I’m old-fashioned that way.

Overall, very good. I even had a tear in my eye when I finished, which may or may not have been hormones, but is more likely for an intriguing story that went from a noir mystery to a journey of redemption. There’s certainly problems, and as a reader, I’m left thinking about different aspects that were perhaps resolved in untidy ways, but that’s life, isn’t it?

avid reader and Goodreads reviewer looking for a home.
View all posts by thebookgator →
This entry was posted in Book reviews, Science fiction and tagged four star, mystery, sci-fi, thriller. Bookmark the permalink.

2 Responses to Spares by Michael Marshall Smith. Not spare. Quite full, actually.