Record of a Spaceborn Few by Becky Chambers

Here’s the part where you think I’m going to eat my words. But I don’t think I have to: think of it as being able to love Star Wars, and The Empire Strikes Back, but not Return of the Jedi. In fact, it’s nearly exactly like that.

In this book, Chambers seems to think people are basically this: 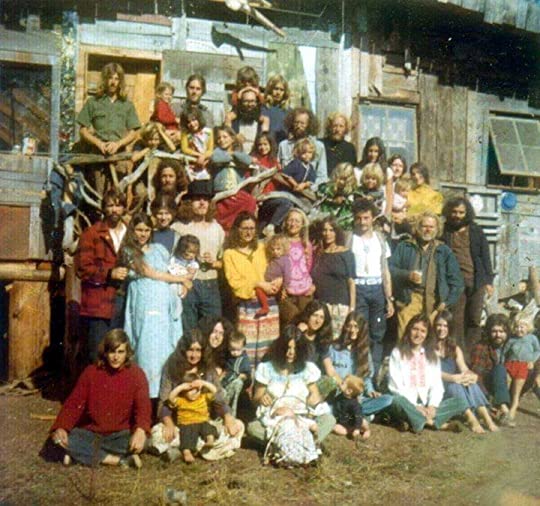 Or, as in my analogy: 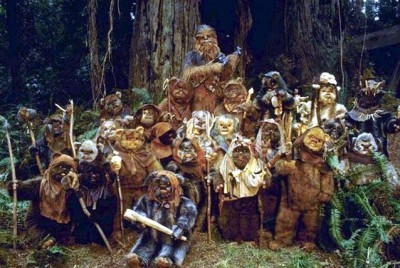 But they aren’t. People are basically beings with a variety of upbringings, chemical soups, and experiences. Which often suck. Except in this book, where they don’t suck. Sure, humans might be tired, or selfish, or cranky, or scared. But they’ll feel guilty, or talk it out at the end of the day, or Do The Right Thing (TM), and basically respect each other’s right to be people. Chambers has forgotten that out in the world, there is this: 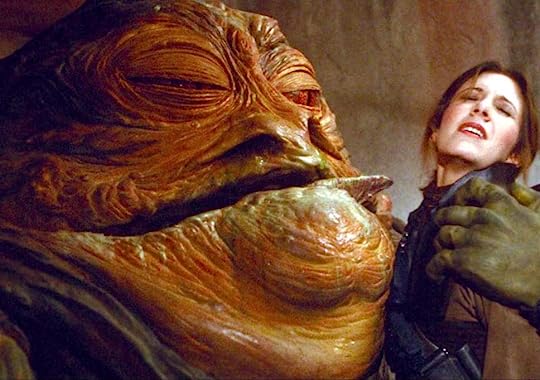 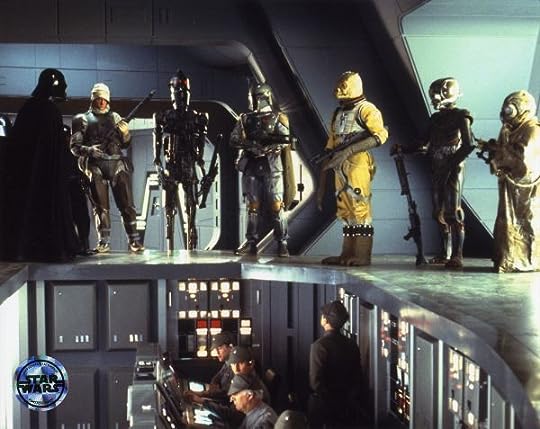 But hey! I’m usually an At-Least-You-Have-a-Glass-of-Water kind of person, so I could have gotten on board with a book that tended to forget about the more dysfunctional among us, if only the narrative hadn’t been so disjointed. We followed a bunch of different people doing a bunch of different things. I get the agenda: show the microcosm of experience through the individual and let it gestalt into a whole picture of how a civilization coped with diaspora. Except it doesn’t, not at all.

The story begins with a woman, Tessa, and her small child, Aya, and ends on Aya’s scream. It then switches point of view to Isabel the Archivist as she films the scene at a horrible space accident. It switches again to that of Eyas, a professional undertaker, a ceremonial and practical position, as she and her colleagues try to comprehend how they will process forty-three thousand bodies on the fragile eco-system of the space station. We jump to young Kip and his dad as they witness the arrival of the alien Aeluons who will help, then jump again to the human Sawyer, on his home installation, witnessing a group of Exodans mourning the disaster. The space accident frames our introduction to these people, but in an odd way, has very little influence on the story. I rather missed the fallout (ha!) when I realized Chambers had moved on to another story.

I really could have gotten behind the stories of these people. Not Kip, because his is the story of the adolescent-on-the-verge-of-adulthood, and I don’t care very much about that story, and Chambers brings exactly nothing new to it to keep me interested. And honestly, not so much Tessa, because Tessa’s the core of most women’s lit-fic where a woman is just raising her family the best she can while her partner is far, far away. My interest in Sawyer’s story was limited by his devastating naivete, kind of like Luke when he first goes to the space station, only Sawyer doesn’t have anyone watching out for him, so it’s pretty obvious he’s going to Fall In With Bad People. But Eyas’ involvement in ritualized death and organic reclamation is vaguely interesting, as is Isabel’s general work, along with her guest, the alien ethnologist.

Which, now that I count, amounts to two stories that were really interesting and a couple that were vaguely interesting, and one that was annoying. The book might have still worked for me if it was told a bit more like the first one, a series of episodes, or of vinettes that gave insight into each character, but the chapters frequently ended on a sort of emotional or plot cliffhanger. It was a poor choice, because it disrupted the character build and ruined the plot build. Frequently, the ‘resolution’ would be finding out the aftermath of how something was managed, not the actual scene where it played out. Contributing further to the sense of disjointedness, Chambers also resorts to a device from the first book, and gives a sort of alien journalist-historical entry perspective at the beginning of each of the seven sections.

Ultimately, I could have gotten behind a rose-colored-glasses look at a human exodus from Earth, had it been better told, or with more interesting characters. For the most part, these were too small to tell such a big story, trying too hard to wrap the breadcrumbs of everyday life into world events. I lost interest about halfway through and resorted to skimming. I thought I’d keep it around and try giving it a more serious go, but someone else in the library system wants it, and frankly, they’re welcome to it.

I might try it again, but only in the way that I try custard every few years, to see if it is still as uninteresting as the last time I tried it. And the same way I watch Return of the Jedi, which is to say, hardly at all, and only if I’m feeling particularly completionist (I just quit after Han is freed, naturally.)

avid reader and Goodreads reviewer looking for a home.
View all posts by thebookgator →
This entry was posted in Book reviews, Science fiction and tagged meh, sci-fi. Bookmark the permalink.