The Feral Detective by Jonathan Lethem

Mostly, this book makes me sad.

Should you read it?

Only after you read all that other stuff. 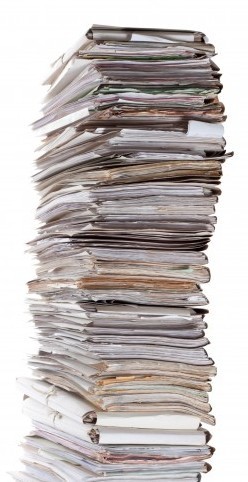 I remember my last year in college, my last semester actually, when I was having a rather challenging time and wrote a short story about myself from my roommate’s point of view.

And that pretty much nails The Feral Detective, Lethem’s attempt to deal with Trump’s election by writing about himself a laconic man from a disillusioned city woman’s point of view.

Sadly, it’s a mess. The main character is Phoebe, a minor editor at the New Yorker who quit everything after Hilary’s loss. Her urge to flee coincided with a request by her mother-figure to look for her missing daughter, Arabella. Phoebe flies out to California, where Arabella was last seen heading towards a mountaintop retreat of Leonard Cohen’s. She hires a local detective, a rangy, somewhat musky, bohunk of a dude-man who collects animals and houses feral children in his office, in a completely non-creepy way.

All of this is supposed to be non-creepy, but of course, it is, complicated by the first-person voice of Phoebe. Lethem writes the most non-convincing female voice I’ve heard in awhile, kind of a teenage Bridget Jones. On the plus side, I don’t think she referred to her boobs. On the down side, she gives the feral detective a blow job the third time she meets him because she’s sad, drunk, and horny. It’s also a vaguely creepy scene in that his three dogs are totally voyeurs. Then, by page 90 or so, Phoebe is going through ALL THE EMOTIONS in one scene. Because that’s how we roll, ladies. The feral detective gets to be all stoic and laconic, but not our heroine.

Batch of text under sub-spoiler, just for length. Note the vascillation from screaming to tears–not unusual for Phoebe, the words describing their interaction (such as it is) and the general nonsensicalness of such words.

It gets progressively weirder when we meet some desert ‘tribes’ living off the land who are named after rabbits and bears (sadly, we don’t mean the hairy gay kind). At this point, it’s clear we aren’t dealing with a detective mystery at all but Sophisticated Literary Fiction With Deep Allegorical Meaning about politics and gender divides and whatever else that I can’t be bothered to understand in my tiny lady-brain.

I loved Motherless Brooklyn. This? This bears no similarity in characterization, plot, setting, narrative, or subtlety. I suppose a disconnected sex/relationship scene is the same. But otherwise, no relationship. It’s littered with political references (I really don’t need anti-Trump references in my escapist fiction) that will make this feel dated by 2025, and cultural references that might not survive much longer (such as Phoebe’s own weak bear joke). Recommend a hard pass.

avid reader and Goodreads reviewer looking for a home.
View all posts by thebookgator →
This entry was posted in Book reviews. Bookmark the permalink.