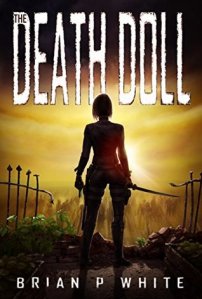 These aren’t the droids you’re looking for.

More specifically, they aren’t the zombies I’m looking for. But they may very well work for you. In the interests of remembering and for other future readers, I’ll elaborate.

It starts off with a farm couple hiding in their cornfield (such a good place to hide) as their house has been overrun by zombies. They were apparently doing reasonably well until they welcomed a pair of travelers into their house. The farmwife, Paula, is seething. Just as they’re surrounded, they are saved by a trio of people in their truck. They jump in back and are offered a spot in the couple’s compound, if they are willing to do their share–and once they pass quarantine. Quarantine does exactly what you think it will: gives the small group a chance to pick at each other and nurse grudges. Once they enter into the compound, they are given some insight into how things are run. And this is a well-furnished compound. There are lavish descriptions of the dishes they eat–I believe éclairs make an appearance at some point, but not at their more modest welcoming dinner– “The teens served each person what looked like a quiche, raspberries on Melba toast, and platters with sliced meats and cheeses.”  These seemingly come from “crops growing on almost every roof on the compound.”

These are not the survivalists you are looking for.

Viewpoint is third person limited and shifts around from Paula, the farmwife; Didi, the leader of the group and enforcer who has serious secrets; Issac, the hostile, streetwise black man; Pepe, the college kid who was at the farm when it was overrun; Rachelle, a teenager who idolizes Didi; and a number of others. It made it hard to really connect with any particular character. Didi is perhaps the most likable, although we’re aware she has secrets.

The plot is all about the people. Shortly after Paula & Co. are out of quarantine, Didi and some folks go on a “supply run” and run into two hostile men, one of whom accepts the sanctuary offer. Since we get his point of view, we realize he’s trouble. Things spiral from there, both externally and internally. Secrets–of course–get revealed. People argue and are petty and generally suck. The book description opens with “Didi was once the darling of the porn industry,” so I was very leery about potential voyeurism and sexism. Somewhat pleasantly, it wasn’t used as I expected. I thought pacing was a little slow at the beginning, but then ramped up with some intrigue followed by sustained action sequences.

The writing does indeed feel like it needs further development, mostly in the conversational markers. Paula, for instance, is portrayed as uptight and very traditional family-oriented, but then when she eats her omelet, she “moaned with delight.” It’s a phenomenon I note with newer writers, or PNR and YA books, where writers seem to be so afraid of using, “said,” that they choose a medley of other inappropriate words. Personal peeve I guess.

These are not the words I was looking for.

I didn’t read all the words in this one, as it really wasn’t the story I was looking for. This isn’t about how to survive, nor is it about creating a community from the dregs of surviving humanity. It’s pretty much conflict in a small isolated community, and how it is handled.

These are not the zombies you are looking for.

Still, thank you to the author for offering me a copy to read.

avid reader and Goodreads reviewer looking for a home.
View all posts by thebookgator →
This entry was posted in Apocalypse & dystopia, Book reviews and tagged arc, end of the world as we know it, zombies. Bookmark the permalink.