Posted on November 8, 2019 by thebookgator

I had lizards when I was young, so it stands to reason that a book titled “Lizard Music” would appeal. With allergies to fur and feather, but a fondness for all things non-Hexopod, lizards were an obvious option (well, to me at least; I can hear you dissenters. Let this be a warning to those with children). I remember Barney, one of my anoles, who looked something like this: 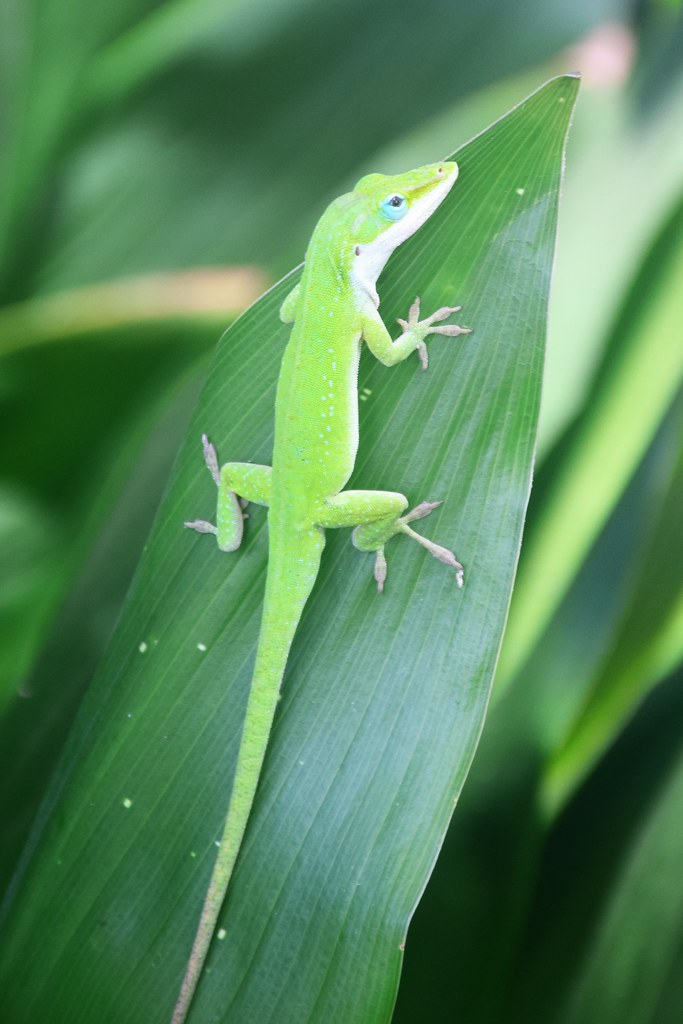 And Cleo, a brown anole:

brown anole, from my Florida vacation

So if you say to me, “hey, here’s this book about an eleven-year-old kid whose parents leave him alone on vacation and he ends up doing kid things like staying up late and watching tv, where he discovers a late-night local program of lizard musicians. He also rides the bus to a neighboring city, goes to the zoo, meets the Chicken Man and his chicken sidekick, discovers Hidden Things, and travels to Lizard Island,” I’m down with that, especially if the plot doesn’t devolve into the lizards eating the kid or the chicken.

I rather liked this. I found it through Beth’s suggestion during a discussion on  Interstellar Pig, another 1970s era book where parents are conveniently removed from the picture, allowing for Adventures. Victor is particularly logical in his approach to the world, and instead of feeling left out that he wouldn’t be going with his parents to Colorado, he is thankful they won’t be taking him and making him look at scenery: “I mean, it is very nice if there are some big mountains or something in the background while you are doing something, but just standing around all day and saying, ‘What a lovely view,’ strikes me as sort of dumb.'”

Unfortunately, or fortunately as it turns out, his sister, Leslie, forgot about a camping trip with some hippie friends, so she asks him if he minds if she leaves. He offers his thoughts: “I went outside and told them I’d be surprised if they ever got out of the state in a wreck like that. They all said stuff like “Far out!” and “Heavy!” and all that dumb talk, and drove off in a black cloud of burning oil.” No anxiety. In fact, he strategically types out ten letters to his parents, one for each day they are gone. “They don’t have typing in the sixth grade, so it was hard to get the letters looking right.”

I loved the tone of the narration, and the subtle humor, particularly in a recurrent call-back to Walter Cronkite (!). Victor’s isn’t mean about what he notices, but he is starting to get curious about how the ‘real world’ works. He displays some interesting problem-solving, although I have to say that I wouldn’t have arrived at quite the same conclusions (“I learned something–you can eat egg shells”). I also applaud his adventuresome spirit and self-reliance, such as when he decides to make scrambled eggs and take the bus to the zoo.

The lizards themselves are interesting. The grown-up me wishes they were a bit more lizardly. The young me would have enjoyed them. Both mes would have found the lizards’ tendency to name themselves ‘Reynold’ hilarious. But, in retrospect, it’s probably a solid way to introduce the idea of an alien-looking culture while still generating empathy.The ending comes quickly, and perhaps feels a little bit too quick of a wrap-up given everything Victor has learned about the lizards, and about being adventuresome.

Had I been reading this when I was ten, I would have quite enjoyed it. Now, however, I have a reservation, and that is the Chicken Man, who is almost literally the Magical Negro for this story. The interesting thing, however, is that Victor acknowledges this in the text in a brief discussion on his personal history of race relations. I also appreciated that Pinkwater does tricky and clever things with Chicken Man’s character, so that he portrays a variety of personalities (perhaps like an inconsistent Coyote spirit). I particularly loved when he was interviewed on the news as part of a ‘man-on-the-street’ opinion on whether or not public employees should have the right to strike, and he gave an extremely literate and concise nutshell of the challenge between public safety and the rights of collective bargaining. So I think I’m inclined to forgive it, as his role as ‘guide’ (as the business card said) was honestly well done, and the relationship between the two characters hit both compassionate and respectful notes.

Overall, a fun read. Shout-out of thanks to Beth N and Sarah B!