A Gentleman in Moscow by Amor Towles

Ultimately, I am reminded of an elaborate, beautiful confection, perhaps this Spanische Windtorte: 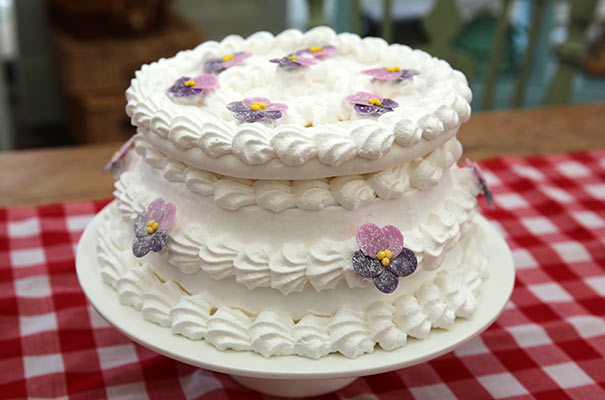 From The Great British Bakeoff, Season 2

Elaborately constructed, lovely, sweet, best enjoyed at a particular moment, not preserved at a later date.

Similarly, A Gentleman in Moscow is filled with lovely writing about a Russian noble, pre-Revolution, who is sentenced to ‘house’-arrest in a famous Moscow hotel. Towles states, “while arriving at my hotel in Geneva (for the eighth year in a row), I recognized some of the people lingering in the lobby from the year before. It was as if they had never left. Upstairs in my room, I began playing with the idea of a novel in which a man is stuck in a grand hotel.” It is a delicious concept that is turned into the examination of a life through time.

“..not simply of momentous events, but of all the little actions and interactions that constitute our daily lives – either deliberate or spontaneous, inevitable or unforeseen.”

Interestingly, it is a different take than a typical ‘imprisonment,’ because it is not about introspection of him own life or those around him, more like a biography of someone without direct political position but whom which was close enough to be impacted by and have his own effect upon them. When I was partway through, I remarked to my mom, “now this is the sort of book we should have read to create interest in history,” but I now think I would like to retract that thought; this is like sparking interesting in history through eating a slice of Spanish Windtorte; an elaborately constructed and sweet confection that crumbles when examined too closely.

Towles confesses that most of the book was organic to a long-time love of Russian writers and artist in ‘the Golden Age’,’ and he did some ‘applied research later.  He notes, “I generally like to mix glimpses of history with flights of fancy until the reader isn’t exactly sure of what’s real and what isn’t.” There’s much to love here, but it is important to understand it’s disconnect from reality; like the cake, this is a highly specific, created view, not a grand window through time.

It is beautiful, it is hopeful, it is lacking in a driving plot, and it is, indeed, the movement of a life, so this was a book that took me weeks to read. But I didn’t mind at all; every time I picked it up, the world of Alexander Rostov became delightfully immersive.

“But just as important, a careful accounting of days allows the isolated to note that another year of hardship has been endured; survived; bested. Whether they have found the strength to persevere through a tireless determination or some fool hearty optimism, those 365 hatch marks stand as proof of their indomitability.”

avid reader and Goodreads reviewer looking for a home.
View all posts by thebookgator →
This entry was posted in Book reviews and tagged literary fiction, lovely-lovely language. Bookmark the permalink.

5 Responses to A Gentleman in Moscow by Amor Towles